Germany as a hub — the role of energy infra­structures for a successful European Green Deal!

This new decade will determine whether we are able to solve one of the biggest challenges of our time. If Germany and Europe manage to successfully address climate change and the energy transition as the existential challenges facing humanity, then this will set an example that resounds globally. Here Germany, as one of the world’s leading economies and the hub of the European energy supply system, will play a crucial role in securing the competitiveness of both Germany and Europe as business locations. As one of the leading transmission system operators in Europe, OGE is making its contribution to the success of this transformation.

With its climate protection targets and decarbonisation strategy, as well as its European Green Deal, the European Commission is aiming to set a definitive course for the successful transition to a modern, resource-efficient and competitive Europe, set to be the first continent to become climate-neutral by 2050.

Against this backdrop, this year‘s Energy Policy Dialogue looked at Germany’s role within the EU for achieving its climate and energy policy objectives, as well as for the successful implementation of the European Green Deal.

These were the panellists on our podium:

Jörg Bergmann completed an apprenticeship and later studied economics at the University of Münster, where he also obtained his doctorate.

In 1987, he became a research assistant at the University of Münster.

After joining E.On Ruhrgas AG in 1994 as part of a management development programme, he became division manager for accounting and shareholdings.

From 1995 to 1997, he was assistant to the CFO before taking over as head of the joint ventures department.

In 2000, he became head of the joint ventures and investment projects department.

In January 2008, Dr. Jörg Bergmann was appointed as Member of the Board of Management of Open Grid Europe GmbH.

Since July 2017, he is Chairman of the Management Board of Open Grid Europe GmbH.

From 2007 to 2008 he was in charge of the management of Corporate Development, Communications and Customer Relation Management of Arabella Hotel Holding Munich.

Between 2001 and 2007, Mr Lösch worked for the Schörghuber Group of Companies after having held various management positions at Bayerischer Rundfunk between 1995 and 2001.

Dr Singer joined the Climate Action Network (CAN) as Senior Advisor for Climate Science and Global Energy Policy for the International Secretariat in 2016. In this role, he supports international CAN initiatives.

From 1993 to 2016, he worked with WWF in various senior positions on European and global climate and energy policy. Prior to that he was a project manager with GIZ, the German Agency for International Cooperation, from 1989 to 1992.

Dr. Kirsten Westphal is based at the Stiftung Wissenschaft und Politik (SWP), the German Institute for International and Security Affairs in Berlin. Dr. Westphal is assigned for International Energy Relations and Global Energy Security at the institute. She is a member of the German Hydrogen Council. She heads the project “Geopolitics of Energy Transformation – Hydrogen” funded by the Federal Foreign Office.

She was a Member of the Expert Panel to the Global Commission on the Geopolitics of Energy Transformation in 2018-2019 and contributed to the Commission’s Report “A New World”, published in 2019. Her books include Global Energy Governance in a Multipolar World  (Aldershot/ Burlington Ashgate 2010); and The Political and Economic Challenges of Energy in the Middle East and North Africa (Routledge, 2018). Her recent publications have appeared in Nature, Global Policy, Energy Strategy Review, European Energy Journal and at SWP.

Isabelle Körner has been a news reader and Telebörse presenter with ntv since 2004.

She also works as a reporter for the news channel at events like the World Economic Forum and hosts the Bertelsmann's business podcast series on Creativity and Entrepreneurship.

Isabelle Körner graduated from the Georg von Holtzbrinck School for Business Journalists and subsequently worked for the business magazine DM, the news channel N24 and the Reuters news agency, including as a business correspondent for BBC World.

From 2009 to 2019, she presented RTL Nachtjournal on numerous occasions. 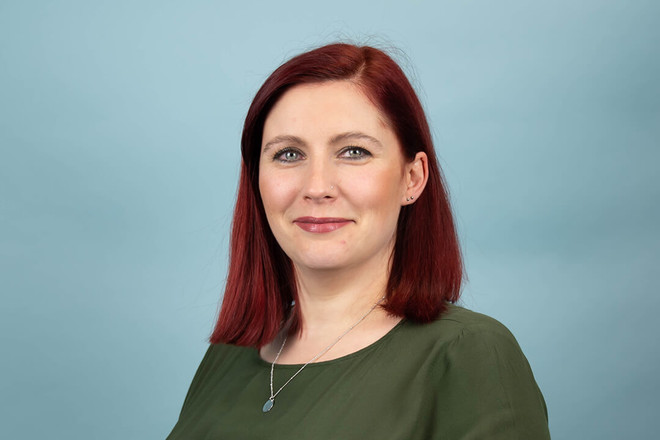