First real-world laboratory of the energy transition to focus on cross-sector coupling and hydrogen technologies gets under way.

Today the consortium behind the WESTKÜSTE100 project received the go-ahead and funding approval from the Federal Ministry of Economic Affairs and Energy that will make it Germany’s first hydrogen project included in the “real-world laboratories fostering the energy transition” programme. The project is backed by an investment volume totalling 89 million euros. The funding volume approved for the project’s launch on 1 August 2020 amounts to 30 million euros. As a result, the real-world laboratory project has taken a significant step forward towards its goal of progressively establishing a regional hydrogen economy on an industrial scale. The consortium brings together a total of ten partners: EDF Deutschland, Holcim Deutschland, OGE, Ørsted Deutschland, Raffinerie Heide, Heide’s municipal utility, Thüga, and thyssenkrupp Industrial Solutions, along with the Region Heide development agency and the Westküste University of Applied Sciences. They plan to produce green hydrogen, transport it in the gas network, use it in industrial processes and to interlink different material cycles within the existing infrastructure. This will allow the decarbonisation of industry, mobility and the heating market to be tested under real conditions – with the overriding objective of climate protection.

“An electrolysis plant with a capacity of 700 MW – this is our vision and the next milestone in implementing the development targets laid down in the national hydrogen strategy by 2030,” says Jürgen Wollschläger, managing director of Raffinerie Heide and coordinator of the WESTKÜSTE100 project. “Starting from today, the WESTKÜSTE100 partners will be working together to create this green future and build an ecologically and economically sustainable business model. We see the energy transition as a cross-sectoral endeavour. With industry, science and politicians all pulling together, our 700 MW vision will become reality.”

Schleswig-Holstein’s state president Daniel Günther also welcomed the decision: “I am delighted that the WESTKÜSTE100 real-world laboratory is the first hydrogen project among the winners selected in last year’s national ideas competition to receive funding approval,” he stated. He said the project showed how innovative Schleswig-Holstein’s efforts were to drive forward the energy transition and how economy and ecology could be combined to optimum effect. “We are one of Germany’s leading federal state when it comes to generating electricity from renewables. But we also want to make more use of the renewable electricity and thereby help generate added value in our own region. This will allow the energy transition to be accomplished in other areas, such as heating, mobility and industry,” Günther added. The WESTKÜSTE100 real-world laboratory was a model example that could stimulate further innovations around hydrogen as a future technology, he said.

Launch of the initial project phase – the electrolysis plant

The funding approval enables work to begin on the first phase of the project, which is set to run for five years. A newly formed joint venture, H2 Westküste GmbH, comprising EDF Deutschland, Ørsted and Raffinerie Heide, is to build a 30 megawatt electrolyser which will produce green hydrogen from offshore wind energy and provide information on the operation, maintenance, control and grid compatibility of the equipment.

According to refinery managing director Jürgen Wollschläger, “With the adoption of the national hydrogen strategy at the beginning of June 2020, green hydrogen has become the key element in Germany’s energy transition. For us at Raffinerie Heide, the funding approval received today fires the gun to go all out in creating a new, green business model around the manufacture and exploitation of green hydrogen for the future. In building and commissioning an industrial-scale electrolysis plant on our site we will become an active part of the industry of tomorrow.”

Jean-Marc Bazenet, managing director of EDF Deutschland GmbH, and Christelle Rouillé, CEO of Hynamics stated, “The EDF Group welcomes the decision to grant Federal Ministry of Economic Affairs funding, which will facilitate and accelerate the construction of further large electrolysis plants. This marks an initial, decisive step in Germany taken by the EDF Group and its subsidiary Hynamics, which specialises in decarbonised hydrogen production. This project forms part of the hydrogen strategy of the EDF Group overseen by Hynamics which is targeted at decarbonising the mobility and industrial sectors. We are very proud to be actively involved in implementing the federal government’s hydrogen strategy and thus contributing to its energy transition”.

Volker Malmen, managing director of Ørsted in Germany stated, “We are delighted by the positive decision. This project is unique in its use of offshore wind energy for large-scale hydrogen production. No other renewable energy source can provide such reliably large quantities of green electricity for electrolysis. For this reason, the expansion of renewables and offshore wind power in particular must be aligned with the increased demand associated with hydrogen production. We see here an ideal opportunity for the further decarbonisation of German industry, and green hydrogen holds the key to sectoral decarbonisation. The WESTKÜSTE100 project is a key element for us in playing a pioneering role in green hydrogen as we do in offshore wind energy, in order to create a world that places its faith entirely on green energy.”

What is special and innovative about the WESTKÜSTE100 project is the linking of different sectors within an existing regional infrastructure. This also includes the integration of green hydrogen in the existing process at Raffinerie Heide in a move intended to replace the use of grey hydrogen. In addition, part of the generated hydrogen will be transported via a newly built hydrogen pipeline to Heide’s municipal utility for transfer to the natural gas grid. In a future stage, there are plans to supply a hydrogen filling station. All the milestones that are devised during the WESTKÜSTE100 project form the basis for the next, scaling stages. The vision for all partners is to build a 700 MW electrolysis plant, with the future prospect of making use of the waste heat and oxygen arising during the electrolysis process. Further plans include the production of climate-friendly aviation fuels and large-scale supply to gas grids.

Dr. Jörg Bergmann, CEO of Open Grid Europe GmbH stated, “The funding approval has brought us significantly closer to our project goal of carrying pure hydrogen in a pipeline forming part of the gas supply network. Our task now is to realise this unique energy transition project as quickly as possible. To do this we will need to clear the administrative and regulatory hurdles so that we and the other project partners can take the final investment decision for the start of construction next year.”

Michael Riechel, chairman of the executive board of Thüga Aktiengesellschaft stated, “Our long-term target is an H2 quota in the gas grid of up to 100 percent by 2050. In the test run with a hydrogen addition of up to 20 percent in a section of the network comprising more than 200 domestic customers, Thüga and Heide municipal utility are setting a concrete precedent, the results of which will benefit the just under 100 municipal supply companies belonging to the Thüga Group on their way to creating decarbonised gas grids”.

In the future manufacture of fuel, hydrogen from electrolysis and unavoidable CO2 from a regional cement plant in Schleswig-Holstein will be used in the process. During the initial phase of the WESTKÜSTE100 project preparations will be made for converting the Lägerdorf cement plant to a more environmentally friendly (oxyfuel) combustion process. Thorsten Hahn, CEO and chairman of Holcim (Deutschland) GmbH stated, “For us, as a manufacturer of building materials, the funding approval is a key milestone on the way to decarbonising cement production. Now all of us involved in WESTKÜSTE100 must move forward quickly, decisively and dynamically in order to achieve our ultimate goal of cross-sectoral coupling on a large industrial scale in the coming years.”

“We are delighted to contribute our expertise in the manufacture of green hydrogen by electrolysis and in the exploitation of CO2 as a raw material for green methanol to this outstanding project. This will help further reinforce the leading role of German industry in hydrogen technologies,” stated Sami Pelkonen, CEO Chemical & Process Technologies at thyssenkrupp.

Prof. Dr. Katja Kuhn, president of Westküste University of Applied Sciences, stated, “I am very proud of our involvement in this real-world laboratory as a university partner. We will be responsible for technical, legal and social aspects and will nurture close contact to our university networks through our Campus100 project. We are particularly delighted that our students will have the opportunity to take part in research associated with such an important energy transition project.”

Dirk Burmeister, chief executive of the Region Heide development agency, stated: “The Heide region, with its ENTREE 100 initiative encompassing projects relating to the energy transition, is emerging as a hot spot of the green hydrogen economy in Germany and Europe. The early strategic orientation of an entire region is now paying off.”

In the next stage of the project, scaling of the electrolysis plant in the order of 700 MW is planned, for which the electricity will be generated by an offshore wind farm. The project work conducted as part of WESTKÜSTE100 will lay the foundation for this and create the necessary know-how.

For more information go to www.westküste100.de 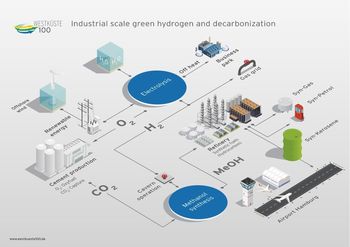 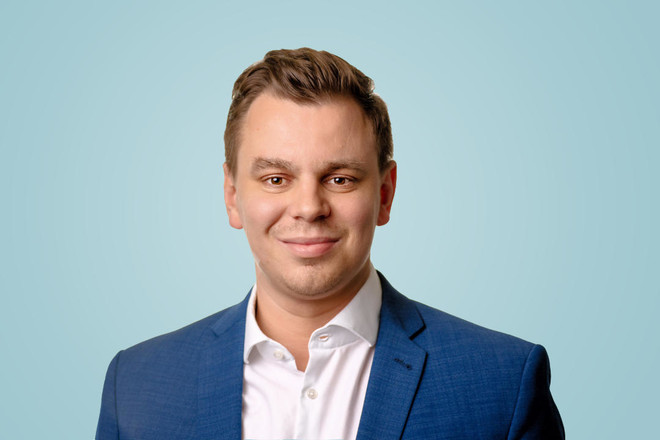