H2morrow – act today to be greenhouse gas neutral by 2050

Germany wants to be largely greenhouse gas neutral by 2050 – without jeopardising its economic and innovative strength and security of supply. Many experts are convinced that hydrogen will play a major role in this. But where will tomorrow’s climate-neutral energy come from? Equinor and OGE are answering this important question with their joint project "H2morrow".

H2morrow provides a pragmatic solution for the rapid decarbonisation of all energy sectors. The pioneering project is setting new standards: By reforming natural gas imported from Norway, base-load hydrogen can be produced at competitive costs. At the same time, a regulated hydrogen infrastructure can be created by converting existing gas pipelines to pure hydrogen pipelines. The CO2 produced in the reforming process is captured and safely stored under the seabed in the Norwegian North Sea. This process is known as "carbon capture and offshore storage" (CCOS). In Norway, this process has already been used successfully for some time.

It should already be possible this decade to supply industry and other end users in North Rhine-Westphalia with 8.6 terawatt hours of hydrogen per year from decarbonised natural gas. This will reduce the carbon footprint by 95 percent and help avoid carbon emissions of up to 1.9 million tons per year.

The existing gas infrastructure is the key to success

"To achieve the climate protection goals, it will be crucial to develop pathways for the decarbonisation of all sectors. The industrial sector lends itself particularly well for the first step. The challenge will be to prepare the path in such a way that it is feasible for the companies and that security of supply is guaranteed at all times. The existing gas infrastructure will be key here. We can prove the technical feasibility with our study", says Dr Jörg Bergmann, Chairman of the OGE Board of Management.

Boost for a hydrogen market

To meet the rapidly growing demand for hydrogen, all available sources will be needed: renewable hydrogen and hydrogen from decarbonised natural gas, domestic production and imports. The pilot project is intended to provide the impetus for a large-scale, diversified hydrogen market across all sectors in Germany. Thanks to the rapidly available and secure quantities, hydrogen from decarbonised natural gas will make a major contribution to the success of climate-friendly gases.

"Not only Germany but also the new EU Commission has set itself ambitious targets for rapid emission reductions. H2morrow allows us quickly provide large quantities of low-carbon hydrogen in a cost-effective manner. The project is therefore an important signal for an efficient hydrogen market. It is part of our strategy to develop sustainable solutions for the low-carbon future," said Stephen Bull, Senior Vice President Wind and Low Carbon Development, Equinor ASA.

The next phase of the cooperation project, which has now started, will see more extensive technical planning, new partners joining the project as well as answers to concrete questions regarding the site for the steam reforming process. Here OGE and Equinor will cooperate with Thyssenkrupp Steel Europe as an anchor customer. The company is very interested in modernising its steel production in a climate-friendly manner and replacing coking coal with carbon-free hydrogen in the process. 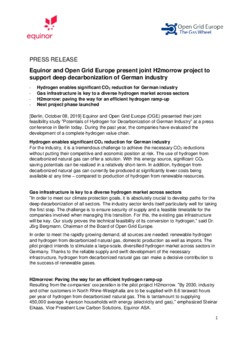 Equinor and Open Grid Europe (OGE) presented their joint feasibility study “Potentials of Hydrogen for Decarbonization of German Industry” at a press conference in Berlin today. During the past year…, the companies have evaluated the development of a complete hydrogen value chain. 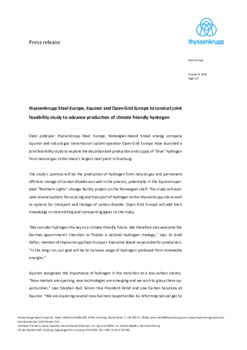 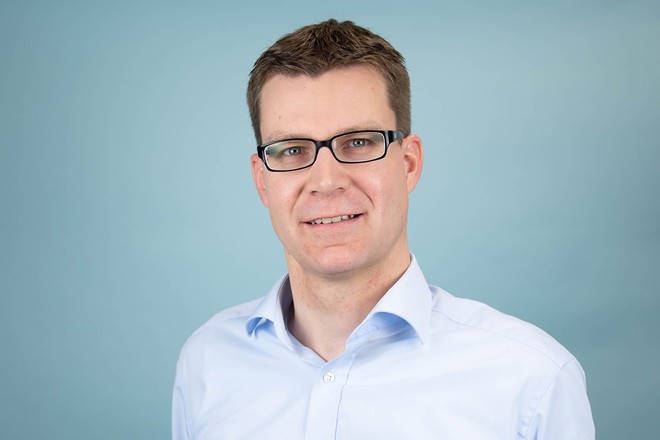